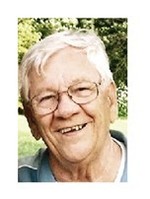 Ray E. Robinson, 86, of Akron, Ohio passed away January 18, 2021 at home following a short illness. He was born March 9, 1934 in Pikeville, Kentucky, the son of the late John Robinson and Bessie Hopkins Robinson.

Ray was a 1951 graduate of Pikeville High School in Kentucky, where he excelled in football. He served in the U. S. Army from 1956 to 1958, where he was stationed at Fort Bragg, North Carolina and in Germany. While stationed in Germany, he was a standout soccer player for the Army's European Soccer League. After his military service he settled in the Akron area with his family. He worked at Allsides and McNeil's in Akron for a short time before joining his two brothers, Caudill and R. T., in owning and operating Robinson Brother's Furniture, where he worked until his retirement in 1997. Ray was a devoted member and minister of Little Flock Primitive Baptist Church in Akron for 42 years. He was an avid Browns and Indians fan.

The Robinson family wishes to convey their sincerest appreciation for all the help received from Loretta, Jackie and David.

The family will accept friends for visitation Friday, January 22, 2021, from 6:00 PM to 10:00 PM at Thacker Funeral Home in Pikeville, KY. Funeral services will be held Saturday, January 23, 2021 at 2:00 PM, also at Thacker Memorial Funeral Home. Brother Reece Maggard will officiate. Interment will follow at the Robinson Family Cemetery. Arrangements are entrusted to Thacker Memorial Inc.